- new: changing or modulating the legato mode in a pitch module will not stop the active voices of an OSC using that module. The voices are retriggered instead
- added: File-Browser using arrow keys up/down plays the sample preview now. Right arrow loads the sample to the current active OSC (of an active OSC Tab or the selected drum slot if the DRUM Tab is active)
- added: Guitar loops are working with first-note trigger correct now. If another OSC starts the first note out of the range of the Guitar-OSC, the guitar sample would start on the correct beat-position as soon its triggered
- New Copy/Paste Module mode. Its now possible to copy a module from one preset into another. Previously after loading a preset/initialize the copied data in the clipboard was lost. You can also copy a module from one instance to another instance of Avenger
- optimized DrumSeq ROLL Mode: "reverse Sample-EndSync". Now working like a dream: SampleStart/End is now taken into account. Slot pitch or individual drum note pitch also affects the start position and left neighbor events will also be taken into account and offseting the start position, so the reverse ALWAYS ends correctly on point, no matter what.
- fixed: CombKey filter issue where changing the "damp" Value while a note is activate did not work correctly
- fixed: switching a granular samples in the OSC browser while playing a note on that OSC will keep the envelope position on the correct synced location instead of retriggering the envelope (which lead to unsync behavior between other playing arps)
- fixed: wavetable overlay over the keyboard will be visible or not, now corresponding correct to the overlay-switch on/off setting after preset load
- fixed: preset search filter "ARTIST" - artist is now listed correct for preset saved with 1.5.x
- fixed: modulating the VINT Filter - Filter MOD: Parameter is now displayed correctly
- fixed: issue with wrong end-value in "oneshot" mode for the wavetable-envelope
- fixed: expansion sorting issue in soundbrowser
- fixed: ARP display beat-index lines are listening to the speed modulation and will display triplet-beat when modulated from a normal beat correctly now
- fixed: note hang when activating/deactivating chorder-voices via macro buttons when the OSC used an ARP
- fixed: drumkit AUX output "click" sound when triggering notes too fast
- fixed: click sounds when using oversampled FM on note-start
- fixed: issue with cursor key in the sound-browser when the arp was visible
- fixed: OSC endless sub: when a note is held, changes of the octave/switch key are live audible now
- fixed: issue with wavetable envelope sequencer and first note. the sequence was reset on a new note when the SYS-Page speed change mode is set to "JUMP"
- fixed: poly legato mode when using note-connection in ARP
- fixed: note hang when using legato and triggering note via midi keys and internal keyboard
- fixed: wavetable "first-note" trigger when using a pattern sequence in the wavetable envelope
- fixed: missing notarization in macOS X installer
- added: Resampler editor custom wavetable size accepts now much finer values: decimal values up to 3 digits (for example 1024.123)
- fixed: issue with random tri LFO first value when using the offset parameter - wrong range values were possible
- fixed: issue with the "default settings" for ARP and StepSQ when there is no "default Preset" available in the settings folder for the module
- fixed: drum sample envelope showed wrong ms time information on the envelope points
Последнее редактирование: 27 Апр 2020 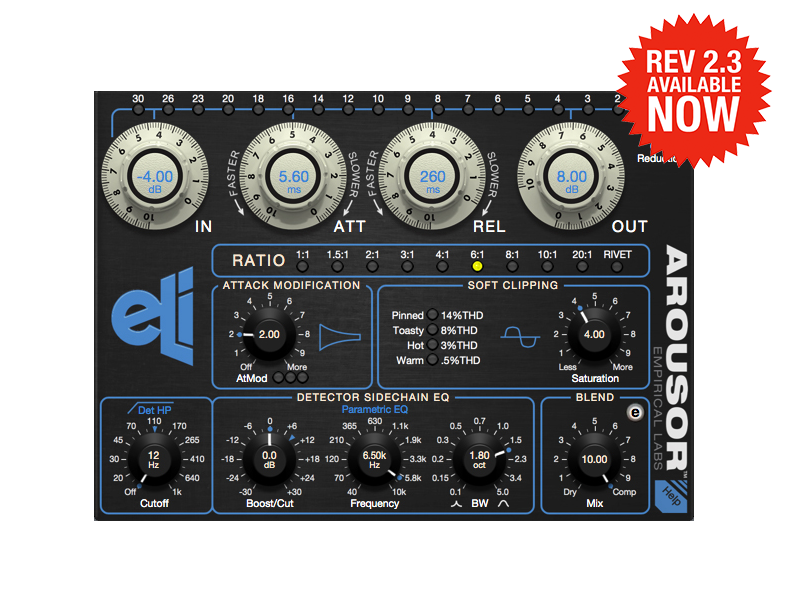 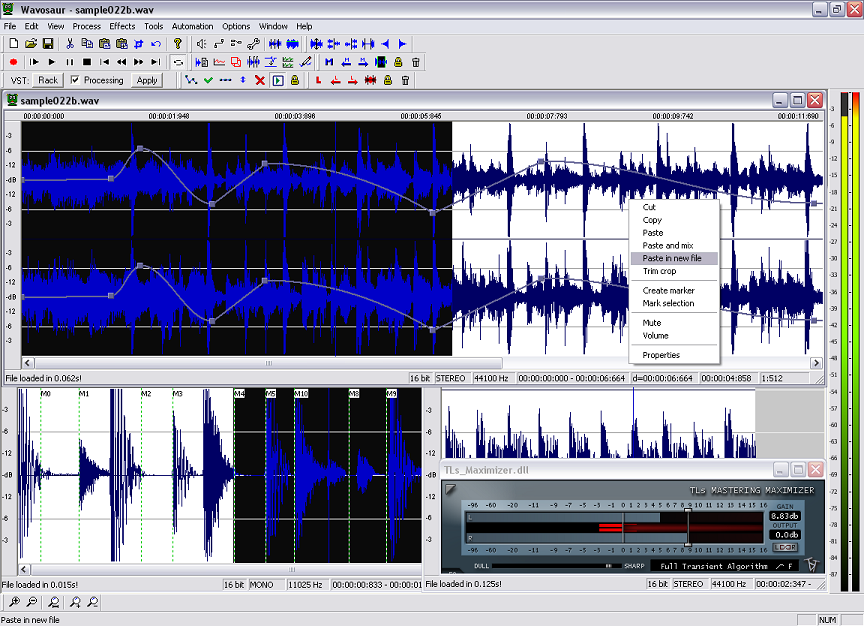 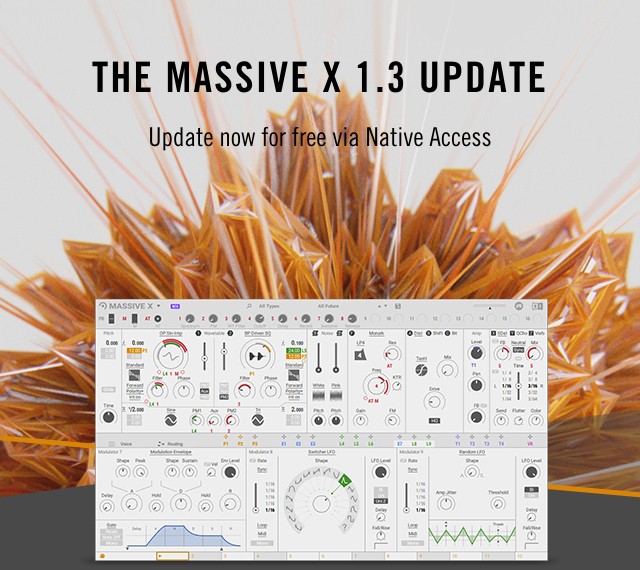 Just a quick note about the MASSIVE X 1.3 update, which is out now.
Firstly, crashing issues related to the new LOGIC PRO X 10.5 update are now fixed, so you’ll be good to go again.
As far as the fun stuff is concerned, you’re in for a real treat:
The new update includes 20 new presets, and 50 new noise tables (25 loops, and 25 one-shots). You can also import your own samples into the noise module – time to put your field recording collection to good use!
We’ve also added parameter readouts and, as usual, have swatted a few bugs. 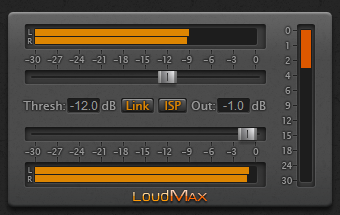 UVI is a developer of software instruments, effects and soundware, leveraging leading-edge research and design to create unique, expressive tools for musicians and audio professionals 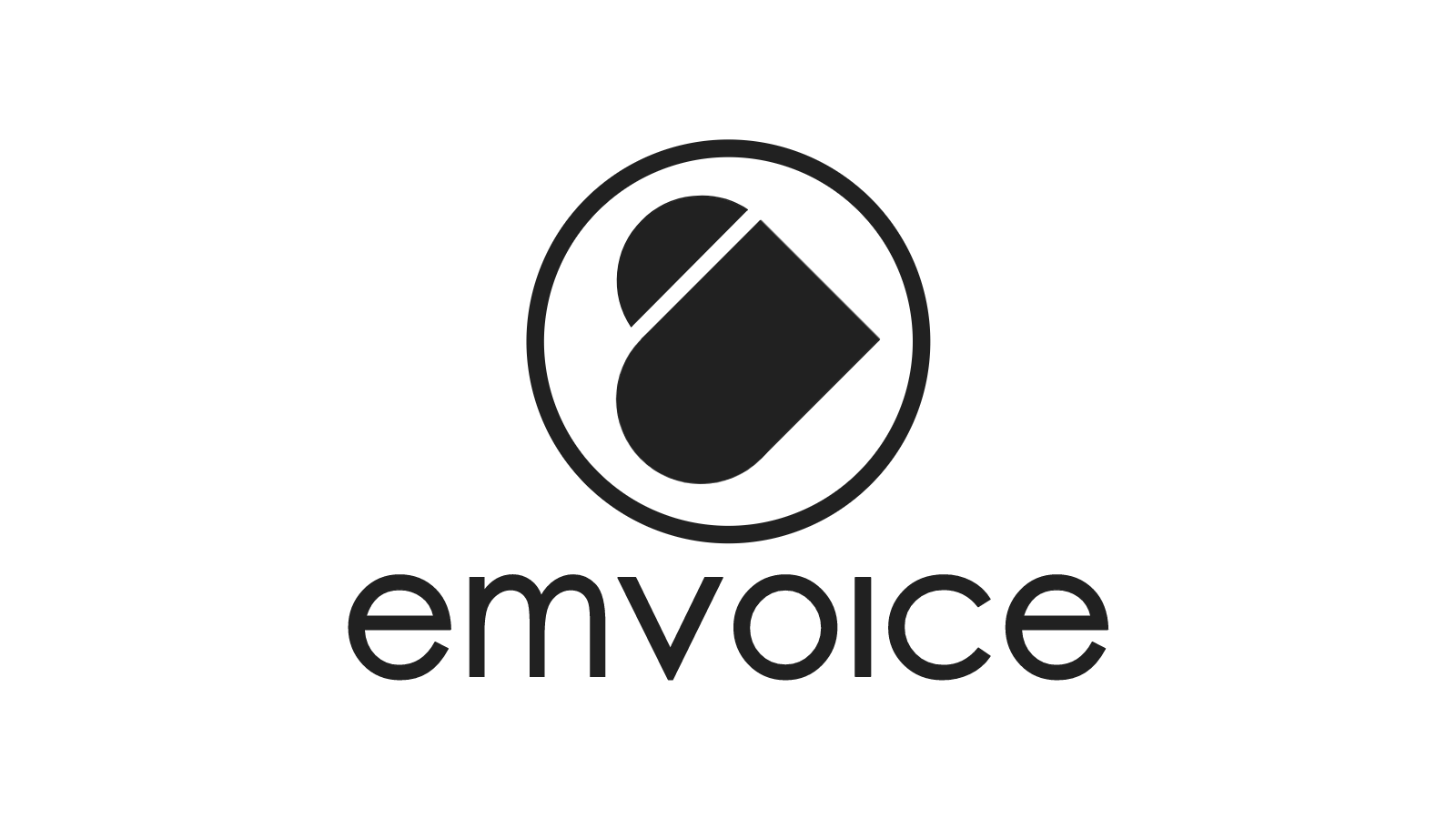 Meet Lucy: Download the demo and discover Emvoice One, the vocal synthesizer plugin (VST/AU) with realism at its heart
emvoiceapp.com